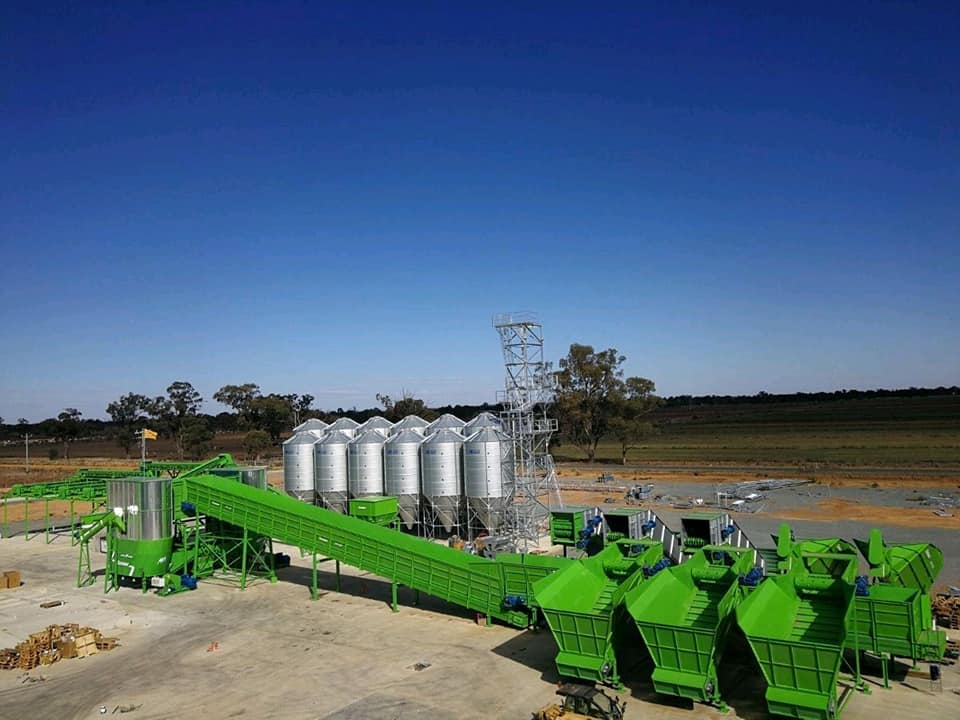 Addressed to large intensive and extensive production farms, as well as for commercial companies.

Tailored to EACH customer’s needs. The project will depend on the number and type of ingredients to be mixed, the volume of the hourly or daily amount of product to be mixed, and how the mixed product must be delivered (immediate delivery, later sale, or storage).

WHY CONSIDERING A FEED PLANT?

One of the most important objectives, from the point of view of ruminant livestock feeding, is to ensure that the cattle receive the same amount of nutrients at each feed, and with the same characteristics as those planned by the nutritionist.

Only through our automated mixing method is it possible to achieve that the programmed ration is the one consumed by the animal with almost 100% accuracy, achieving an optimization in the intake so that the cattle receive the same ration every day, totally homogeneous and with the same color and fiber sizes.

This fact affects less fluctuation in milk production, avoiding ups and downs, so that if the ration is always the same, production will only vary according to lactation periods or distances to delivery.

The system also allows adapting the ration, by precisely adjusting the ingredients, to the animal's production cycle.

• It will be possible to reduce the shrink and waste of ingredients thanks to the automation of the system, with the consequent saving of money.

• Milk production and regularity in the gestation of animals are substantially improved.

• The amortization of the machinery can be done in 4 years maximum, due to the improvement of the system.

• The number of workers is reduced substantially. There is less dependence on qualified personnel.